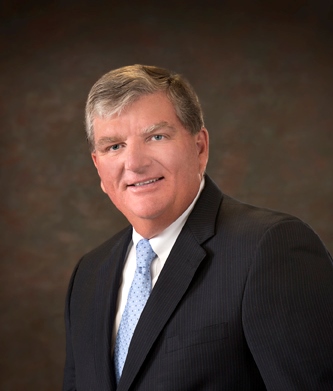 Mr. Dailey has been in the banking industry for more than 30 years, including 21 years as President and CEO of Community Bank & Trust of Florida, and now MIDFLORIDA Credit Union’s North Central Florida Market President. He received a B.S. in Agriculture from the University of Florida in 1984, and has attended numerous banking schools including the Florida School of Banking at UF and Florida Trust School held at USF. He has served on numerous local boards and remains active in community service.

He represented Florida as a director for the Independent Community Bankers of America (ICBA); and has held several leadership positions with the Florida Bankers Association (FBA), including Past President of the Leadership Division, Past Chair of Educational Foundation, Past Member of Faculty at Florida School of Banking and the 2009 FBA Convention Chairman. He currently serves on the Board of Directors for Select Source Insurance.

Southeast Trust Company, LLC non-deposit investment products referenced in this site or any page hereof are not credit union or bank deposits or obligations of, or guaranteed or endorsed or otherwise supported by, Southeast Trust Company, LLC, any credit union or any affiliate, are not federally insured or guaranteed by the United States Government, National Credit Union Administration, Federal Deposit Insurance Corporation, Federal Reserve Board or any other governmental agency, and are subject to investment risks, including possible loss of the principal amount invested.

From time to time, we provide links to other websites for the use of our visitors, which have been compiled from internal and external sources. By clicking “Continue” below, you will be opening a new browser window and leaving our website. Although we have reviewed the website prior to creating the link, we are not responsible for the content of the sites.

Information on linked website pages may become dated or change without notice, and we do not represent or warrant that information contained on these linked pages are complete or accurate. We suggest that you always verify information obtained from linked websites before you act upon such information.

The privacy policy of this bank does not apply to the website you visit. We suggest that you always verify information obtained from linked websites before you act upon such information.

Regular email is not necessarily secure against interception. If your communication is very sensitive or includes personal information such as your account numbers or social security number—you may want to call us, or send it through the U.S. Post Office.